Right at the time the European Union is consumed with the debate over the debt crisis and politicians across the EU are busy playing the blame game, an interesting case going on in Portugal helps shed some light on the way some of these over-indebted nations have been spending their money – and whose pockets that money has been lining.

Here’s the convoluted story in a nutshell: in 2004, then Portuguese Defence minister (and current Foreign minister) Paulo Portas signed a billion euro contract to buy two submarines from the German Submarine Consortium (GSC), composed of German companies HDW, Ferrostaal and Thyssen. In 2006, the deal came under the attention of the public prosecutor’s office, which has since been investigating the transaction for suspicions of corruption, collusion, money laundering and illegal party financing, allegedly benefiting the Christian Democratic party led by Paulo Portas, which was then (as it is now) the junior partner in the governing coalition.

A related offsets contract, which established the German companies’ obligations to invest 1.2 billion euro in the Portuguese economy, already led to the indictment of 10 people (three Ferrostaal board members and seven Portuguese businessmen), which will go on trial starting 17 September to face accusations of fraud that have, allegedly, cost the Portuguese taxpayers 34 million euro. (read an explanation of “offsets” here) 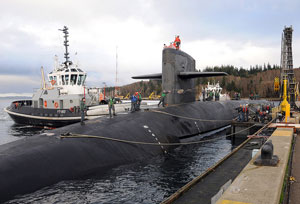 The main case, related to the purchase of the submarines, however, has been under investigation for the past six years and has so far resulted in no indictments and no formal charges being brought up against anyone. This, in spite of two former Ferrostaal executives having already pled guilty and been convicted in a German court in December 2011 of bribing Portuguese and Greek officials in the sell of submarines to these two countries. In Greece, a former defence minister has been arrested in connection with this case. But here in Portugal, nothing seems to be happening. In a findings report dated June last, but only now revealed by the media, the Portuguese public prosecutor’s office says it simply cannot locate key documents related to the deal, which were vital to the investigation but seem to have vanished from the Ministry of Defence.

The whole story raises all sorts of red flags. To begin with, it seriously questions the effectiveness and independence of the public prosecutor’s office. A worrying sign was the action taken by the Portuguese attorney general to replace the team investigating the deal, just at the time important progress was being made in bringing to light its shady details. Under Portuguese law, the attorney general is appointed by the Portuguese president, under proposal from the government – a key frailty in the public prosecutor’s institutional make-up, which we identified in the National Integrity System survey we completed in early May.

Beyond that, this controversy over the missing documents illuminates key problems in the way Defence procurement is conducted in Portugal. Governments commonly employ big law firms as consultants when negotiating these deals. That means crucial documentation and communications between the State’s representatives and supplier corporations in the negotiating phase fall under a veil of attorney-client privilege and cannot be scrutinized by the media, civil society or even Parliament. The public prosecutor’s office itself has trouble getting their hands on this crucial documentation without breaking the attorney-client privilege. In other words: there’s no way of knowing what deals are being made with public money.

The media also revealed in the last few days that the criminal investigative police had found that employees of the Christian Democrats had made cash deposits in the party’s bank account totalling over a million euros over just four days – bags and bags of money, each of them under 12500 euro, the amount over which banks have to declare the deposits to anti-corruption authorities.

This allegedly happened back in late 2004, only months after the submarine deal had been signed between the German companies and the defense minister and Christian Democrat leader. Can this money, accounted as donor contributions, have been part of the 1.6 million euros Ferrostaal board members admitted in the German courts to having paid as bribes to Portuguese officials? Again, no proof was made that the money came from the submarines deal, so no charges were brought.

And this is where we get to the political blame game. No matter how many cunning politicians in Germany or Finland decry the fiscal irresponsibility of over-indebted euro countries, that fact is that much of the money that was misspent in Portugal, Spain, Italy or Greece has directly benefited big industries in the so-called “responsible” nations. The fiscal crimes of indebtedness and corruption had their accomplices in the countries that now claim to be shocked at their neighbours bad calls. In the euro crisis, there are no innocents.

Defence procurement is a big part of this problem. Military spending is a huge chunk of public budgets and, aside from big public construction works, is the most vulnerable area to corruption. In Germany (a country that has yet to ratify the United Nations Convention Against Corruption), business leaders are now pushing for more stringent anti-corruption controls, as they feel the negative impacts of bribes and shady deals in fair competition and market disruption – the Portuguese and Greek submarines cases being a good example of this bad culture.

The longer the EU goes without concerted action on defense procurement reform, the longer we’ll all be lamenting our fiscal crisis, playing the useless blame game and anticipating a bleaker future of economic recession, high unemployment and persistent opacity and corruption.

Countries such as Portugal have a big job ahead of them in reinforcing their justice systems so they can get to the bottom of these deals and bring the culprits to account. But unless we work together to ensure that defense procurement isn’t an attack on public integrity, the scandals will just keep on coming.