Under  the slogan  ‘Let’s fight corruption in the spirit of independence and invincible youth’, Transparency International Bangladesh organised activities both at a local and national level to observe  International Anti-Corruption Day 2012. Highlights were a human chain in the capital and the opening of an exhibition of cartoons about corruption.

Committees of Concerned Citizens  in 45 regions across Bangladesh and members of our youth group YES organised rallies, seminars and roundtables, information fairs, human chains, cartoon exhibitions, street theatres, anti-corruption oath-taking and various other outreach activities which were attended by tens of thousands of people including public officials and representatives, professionals, civil society, media, business and the other people. The large majority of the participants were the young generation including students of schools, colleges and universities.

A human chain was held in front of the Faculty of Fine Art, University of Dhaka campus on Sunday, 9 December. The human chain called upon the government to raise awareness among people against corruption which was a dream of the father of the nation, Bangabandhu Sheikh Mujibur Rahman, and to ensure good governance and equal rights of all by effectively curbing the menace. 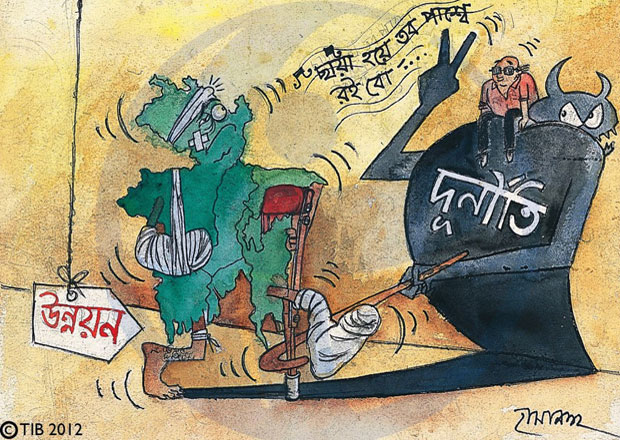 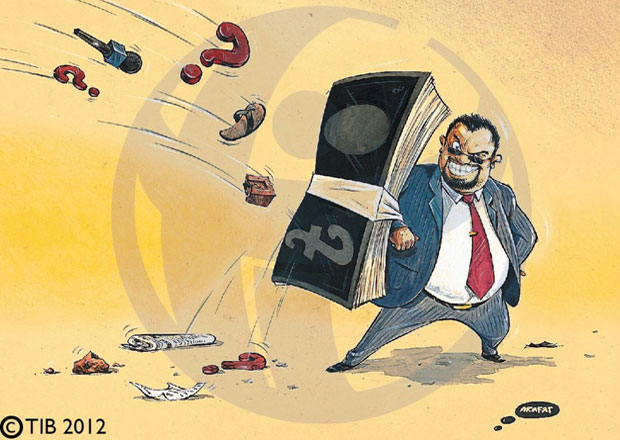 We also held a debate competition in partnership with Jahangirnagar University Debating Organization, in which more than a hundred female debaters from all over the country took part.

The debate had two parts: the first one is called Baroari in Bangla, meaning Free for All, where both male and female debaters joined.

The second part was a parliamentary-style debate in which women were the sole participants, with topics such as: how to ensure women participation in anti-corruption movement, reducing the impact of corruption on women, feminism is not the last word for women’s liberation, conscious women can prevent corruption, equal rights to property can reduce men-women discrimination and so on.

The debators talk corruption and gender

Under an arrangement with the Ministry of Telecommunication and Bangladesh Telecom Regulatory Commission, a public SMS campaign featuring anti-corruption messages was broadcast on 9 December by the country’s six mobile operators whose combined subscribers now stand over 90 million.

Text messages were sent from an addressee called ‘Govt. Info’ and contained message in Bangla which said: ‘Corruption increases poverty and injustice, let’s fight it together now.