When is a presidential election free and fair?

During the 2012 presidential campaign in Venezuela, the Alerta Electoral bulletin recorded numerous instances of public resources being used to support the president’s successful election campaign. 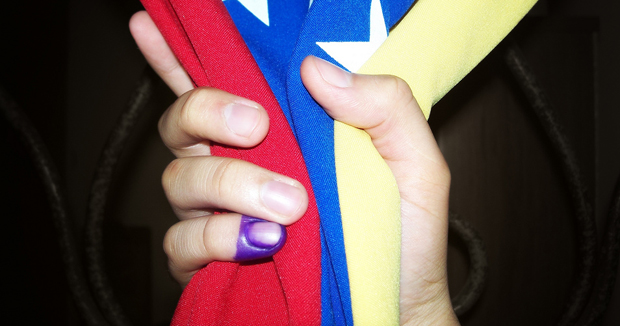 For example, in July 2012 Alerta Electoral – which is produced by a coalition of Venezuelan NGOs, academics and journalists – reported that president Hugo Chavez had racked up over 4.000 minutes of TV airtime in that month alone. The opposition parties, in comparison, were limited to the three minutes per channel per day per candidate set out in Venezuela’s electoral regulations.

President Chavez was re-elected for the fourth consecutive time with 55 per cent of the vote. However, in December the government of Venezuela  announced that his long-term health issues had returned, and that he would be seeking treatment in Cuba .

After several months of lack of information and uncertainty regarding his health, on 5 March 2013 Chavez died. As required by the Venezuelan Constitution, following the death of the president a new election has been scheduled for 14 April 2013.

In the run-up to the unusually brief (10 days) official campaign period, the abuse of state resources for political purposes continues. Take the homepage of Venezuela’s National Assembly. Its main news items this week include:

In plain language: the National Assembly website looks like the website for a political campaign, rather than a channel for a legislative institution to report to citizens and be held accountable.  This distortion of the purpose of the National Assembly website is further driven home by an analysis contained in the latest edition of Alerta Electoral (available to download here, in Spanish) which illustrates the scarcity of available information on legislative activities and content.

Democracy is about much more than the day of the elections. When a government backed candidate can use state resources to give himself an overwhelming advantage all year round, the results of the day itself can become rather predictable.  At the same time, when the information on state activities available to citizens is limited, it becomes harder for them to hold their elected representatives to account.

Citizens in many other Latin American countries can visit the websites of their legislative bodies and find detailed information including the schedule of activities for the day, the draft laws being proposed and discussed, the meeting schedules of legislative committees, as well as information on individual members of congress such as their CVs and contact details.

The misuse of the National Assembly website is just one of the issues covered by the latest edition of the Alerta. We will be selecting further highlights and posting them here in the coming days.