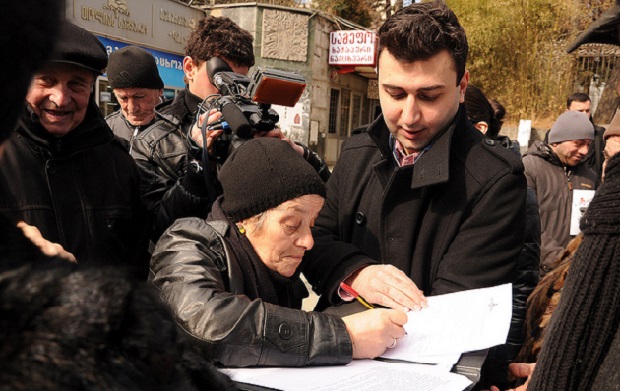 A woman signs a petition demanding more clarity in proposed legislation as part of a campaign organised by civil society.

In the past year there have been a number of high-profile verbal attacks on the leaders of civil society organisations in Georgia who take issue with some of what the government is doing. Rather than trying to undermine the messengers, the government should listen to the concerns they represent.

In January a former prime minister said that the leaders of civil society were being investigated but did not say for what, and he named Eka Gigauri, the head of Transparency International Georgia, specifically. It was an attempt to damage her reputation and the impact of the chapter’s work.

The former prime minister has a programme on private television, scheduled for 26 April, in which he has said he will present evidence against Gigauri and other activists.

It is wholly inappropriate for a former leader of Georgia to try to smear and intimidate those working in civil society whose very role is to hold up truth to power. 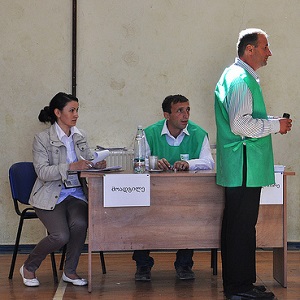 For a start this is counterproductive. Civil society has worked with various different regimes in Georgia to help bring down the levels of corruption and bolster the rule of law. There have been noteworthy successes, not least in the area of anti-corruption where Transparency International Georgia has made significant contributions.

Gigauri has spent much of her life as a human rights advocate and more recently an anti-corruption activist. She has been at the forefront of public campaigns to promote freedom of the media, fair trials, democratic elections and property rights.

More recently, she has worked with other groups to limit the use of secret surveillance by the law-enforcement agencies to ensure the right to privacy for citizens. They came together as part of the This Affects You campaign to ensure there are safe limits that guarantee personal privacy under the new law.

Supporters of the government have publicly criticised this campaign and labelled the people who are running it as enemies of the state. This could not be further from the truth.

In 2003, Georgia was a failing post-Soviet state. Over the past decade the country has made important progress by fighting corruption in the public sector, modernising its bureaucracy and achieving economic growth. Often it has been activists who have stood up to politicians who wanted to impose draconian laws.

Now is not the time to try to silence the messengers.

Correction: an earlier version misstated who owned the television company that will feature a programme about civil society. It is privately-, not state-owned.