Codes of conduct and the legal system: ideas and implications

3 August 2012 in Accountability, Politics and government

The third post in our series on codes of conduct examines different legal traditions, and the impact these have on countries implementing a code of conduct. What do the Bangladeshi and US legal systems have in common, as compared to those of France and Germany? Read on to find out.

You can also read the first and second posts in this series.

Continental vs. common law: What’s in a name? 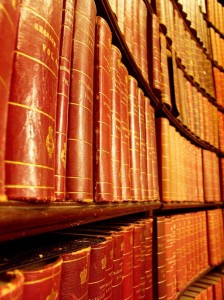 Whether a country uses a continental (civil) or common law system can lead to differences in the design and implementation of a code of conduct. It may also raise questions as to whether a specific standalone code is needed, or whether related laws – such as those for conflicts of interest or asset declarations by public officials – are sufficient. This post explores some of these questions in more detail.

In common law countries, the three branches of government (typically executive, legislature and judiciary) can take actions that carry the weight of a law – without having to formally pass a legislative act. Consequently, the actions and expectations for public servants are defined in various documents, including ‘soft law’ sources like codes of conduct.

The decision to adopt a code of conduct may serve to address issues related to ethics and on-the-job behaviour of public officials that are not explicitly covered or codified by existing laws.

Consequently, the added value of having a standalone code of conduct is often questioned in continental law countries. Instead, codes of conduct may be adopted as internal documents, explaining what behaviour is desired and what is contrary to duty. They also may be promoted as a tool for providing guidance to public sector staff when existing ‘hard laws’ on the books are not sufficient or do not have clear guidelines on ethics for public officials.

Continental law countries include France and Germany along with many states in Latin America and Eastern Europe. These countries can also be called civil or Roman law countries.

Do codes have a legal basis?

Whether in a common or continental law country, codes of conduct may or may not be based on law.

Codes can be established by an act of a legislature (such as in the Philippines) or by the order of the executive (such as in South Korea).

However, only codes of conduct recognised under the law – rather than adopted as a voluntary initiative – tend to foster compliance and be enforceable. When legally passing codes of conduct, it is important to ensure that there are no discrepancies between the code and other existing laws.

In recent years, there has been a gradual shift in both continental and common law countries towards the legal adoption of codes of conduct for public officials. Domestic and international anti-corruption initiatives have helped with this shift. For example in 1996, the United Nations General Assembly adopted the International Code of Conduct for Public Officials, recommending that member states use it as a tool to guide their own efforts against corruption. This has been followed by international conventions, such as by the UN (2005, article 8 ) and the African Union (2006, article 7), that call for signatory countries to adopt codes of conduct for public servants.