24 August 2012 in Accountability, Politics and government

As the previous post in this series revealed, examples of codes of conduct from common law countries show how the same issues – such as gifts and asset disclosures – are handled differently by different countries. A similar divergence can be seen in continental law countries.

This is the fifth post in our series on codes of conduct.

However, what is interesting is how the codes of conduct have been used by continental law countries as a “soft” means to build upon existing “hard” legal provisions – whether in the constitution or previous laws.

Such a staging process is evident in Brazil, where a constitutional article (1988) was later expanded through presidential decrees (1994, 1999, 2000 and 2007) to cover all civil servants and senior public officials (including executive appointees). 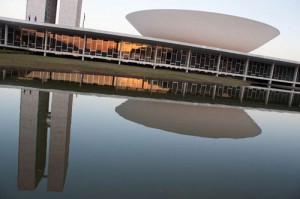 The difference the code is making in Brazil as a means of prevention, however, is questionable. The ongoing “mensalão” (“big monthly payment”) trial – the biggest corruption case in the country’s history – relates to allegations that key political actors, including a former chief of staff, used public and private money to buy congressional votes from 2003-2005. Similar political corruption scandals have also plagued the other countries covered here – the Philippines and South Africa – and have reportedly reached up to the executive.

Coverage: The civil servants code (1994), a mix of constitutional and “soft” law, applies to all civil servants. A subsequent code (1999/2000) was adopted for all senior public officials: presidential appointees, ministers within the Civil Cabinet, managers and directors of public entities and companies. Neither code applies to elected officials.

Background: The history of how these codes came into existence dates to the 1980s. In the 1988 constitution, strict rules were outlined for civil servants’ good ethical actions and severe penalties were set out for infractions (article 37). Yet no guidelines were provided for how to meet this ethical standard and rules were not publicised or enforced. A presidential scandal and subsequent impeachment in 1992 led the incoming president, Itamar Franco, to decree a code of conduct for all public servants in 1994. However, the code failed to address key overlaps between public and private interest, lacked an enforcement organism, and was never actively applied among public servants. In 1999, Brazilian President Fernando Henrique Cardoso created a Public Ethics Commission to help address the enforcement problem. The tasks of the commission and its make-up were further revised in 2007. Along with the creation of the new commission in 1999, a code for senior officials was proposed (1999) and adopted (2000).

Focus: The 1994 code draws heavily on the provisions outlined in the constitution, which forbids certain types of behaviours and enrichment while in the public’s service. The 1994 code is split into three sections: ethical rules governing public servants, ethical obligations and unlawful behaviours. The 19 articles of the 1999 code which applies to senior officials is more specific in that it sets standards for receiving gifts, declaring financial interests, post-employment, and the publication of conflicts of interest.

Coverage: The law applies to all public officials and “includes elective and appointive officials and employees, permanent or temporary, whether in the career or non-career service, including military and police personnel, whether or not they receive compensation, regardless of amount.”

Background: Although a continental law country, the Philippines has had a clearly defined code of conduct for public officials since 1989. With the Republic Act No. 6713, the legislature enacted “Rules Implementing the Code of Conduct and Ethical Standards for Public Employees”. The act was amended by presidential decree in 2006.

Focus: The act covers eight essential norms of behaviour: “commitment to public interest, professionalism, justice and sincerity, political neutrality, responsiveness to the public, nationalism and patriotism, commitment to democracy, and simple living.” The code is based on a system of rewards and incentives to recognise employees who uphold the standard (including pay increases and promotions).

Implementation: Implementation of the code is outlined in a separate “rules” section. As noted here, enacting and enforcing the code falls on three agencies – all of which are autonomous in terms of powers and budgets: the Civil Service Commission, the Office of the Ombudsman, and the Commission on Audit. These are the same bodies that are tasked with independent oversight functions of the government. Many have outreach channels to receive citizen complaints about public officials’ actions, such as the Civil Service Commission’s programme: Mamamayan Muna, Hindi Mamaya Na! (“Citizens First, Not Last”).

A range of pre-established penalties are outlined in the code. Depending on the severity of the violation, public officials can be fined up to the equivalent of six months’ salary or suspended for up to one year. In addition to the fines, public officials can also be removed from office. For violations of the code’s articles 7, 8, and 9 (which address “Prohibited Acts and Transactions, Statements and Disclosure, and Divestment”), the sanctions are more severe. Public officials can be imprisoned for up to five years, fined up to 5,000 Philippine Pesos (US$120), or disqualified from future service in public office.

Code of Conduct for Public Servants

Background: The legal system of South Africa mixes both common and continental law traditions. The Public Service Commission developed the Code of Conduct for Public Servants, which was enacted in 1997. The code applies to all levels of public servants. It builds on other measures set out in the Public Service Act of 1994. This act, in turn, draws on the country’s 1993 constitution (chapter 13) and has been amended by other laws and acts.

Implementation: According to the 1996 national constitution, the Public Service Commission is responsible for investigating and monitoring the behaviour of public servants. However, the code does not specifically state the sanctions or mechanisms of enforcement outside of the fact that the Public Service Commission is the enforcement body. Since the code’s passage, workshops and training sessions at both the provincial and national level have been organised to promote awareness and understanding of it.

Code of Conduct (with Regard to Financial Interests)

Background: The South African Parliament created a subcommittee on ethics in 1995. The discussions of the committee resulted in the approval of the Code of Conduct for elected officials in 1997. It is not based on a decree or law.

Focus: The Code of Conduct in Regards to Financial Interest requires members of Parliament to disclose 10 types of information such as shared and financial interests, gifts and hospitality, and benefits. It also contains provisions to prevent conflicts of interest of members or their spouses. The code also sets specific guidelines for the appropriate behaviour of Members of Parliament (MPs).

Implementation: The Joint Committee on Ethics and Members’ Interests can receive a complaint from any person or choose to respond to complaints in the media about the behaviour of MPs. If the committee finds the MP to be guilty of a violation, the Committee must make public the findings from the hearings. Sanctions for violations of the code include a reprimand, a fine not exceeding 30 days’ salary, a reduction of salary or allowances (for no more than 15 days), or suspension of the MP’s right to sit in a parliamentary debate or committee (for no more than 10 days).

Background: The focus of the Executive Members Ethics Act  (1998) is to “provide for a code of ethics governing the conduct of members of the cabinet, Deputy Ministers and Members of provincial Executive Councils: and to provide for matters connected therewith.” It was created to fulfil Section 96(1) of the South African Constitution (1996) which states the members of Cabinet and Deputy Ministers must follow a code of ethics established in national legislation.

Focus: The act specifies acceptable and unacceptable behaviour, emphasising values of honesty, good faith, and integrity. The act seeks to prevent conflicts of interest by requiring members of the executive to declare their financial and business interests, and prohibiting them to take part in proceedings of matters which relate to their personal financial interests. The members are also prohibited from accepting gifts that may influence his/her duties.

Implementation: The Executive Members’ Ethics Bill is implemented by the Offices of the President and Premiers. The Public Protector (an independent internal government auditing body) is required by the act to investigate any possible breach of the code and submit a report to the President within 30 days. The President then must submit a report to the National Assembly within 14 days of receiving the Public Protector’s report. However, a report published by the Institute for Democracy in South Africa (IDASA) in 2003 found that there were inconsistencies in the implementation of the code and a lack of resources and time for the implementing agencies to accurately review financial records.