A new survey on the performance of MPs by Transparency International Bangladesh is creating a media storm nationally and elsewhere. Since we released it at the start of the week, there have been hundreds of news stories, dozens of newspaper editorials and more than 20 hours of talk shows on nearly all our TV channels, not to mention massive internet commentary. 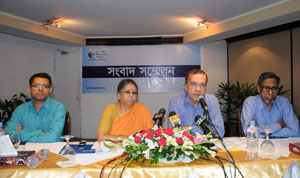 Press conference on new survey on the performance of MPs by Transparency International Bangladesh.

All this is testimony to the power of a research report aimed at strengthening parliamentary democracy in Bangladesh.

The report irked the government with its ground breaking revelations.

Out of 149 MPs (Members of Parliament) evaluated in the report, 97 percent of them were found to be involved in a variety of ‘negative activities’. Of the total 149 – 136 are from the ruling Awami League and 13 from the opposition. The study shows that the lawmakers hold too much sway over public bodies, control educational institutions, misappropriate development funds and even back criminal activities.

The survey also found that MPs influence the administration’s procurement decisions, break electoral rules, and in many cases provide false information to secure land ownership. The MPs consider their posts a ‘means of profit making’, the report says.  However, the most shocking revelation is perhaps the 70 percent of MPs involved in criminal activities ranging from killing and land grabbing to extortion and manipulation of public tenders. Half of the MPs carried out such criminal acts in person.

One of the most troubling aspects of the report is the threat posed to democracy by undue influence over political decisions. 80 percent of those carrying out “negative activities” were involved in controlling the decision making process of local administrations or staff appointments and transfers within national and local bodies.

Complaints against the Bangladeshi MPs

The patterns of complaints against the MPs covered in the study

Many politicians play a positive role

Side by side with these negative revelations, the report gave due credit to the 53.7 percent of the MPs who ‘contributed in the respective constituency through some forms of positive activities or other.’

To prepare this study, we looked beyond secondary data such as news and NGO reports and went straight to the primary source: citizens. (read about our work with local communities here)

We held 44 group discussions where a total of 600 participants were asked to discuss their satisfaction with the performance of MPs. In a scale of 1-10, the overall score on the performance averaged at 4.18 with only 3.36 percent of lawmakers securing 7.6.

The research differs from previous studies by assessing the activities of MPs both inside and outside parliament. However, taken together there is a worrying trend in the way our political candidates are nominated, and how they are performing once elected.

The chapter has been receiving a lot of support, but harsh criticism from the government. Prime Minister Sheikh Hasina reacted by describing the survey as “ill-motivated” and was quoted by a newspaper saying that the report was not correct. She also questioned the motive behind the report, according to the same newspaper.

TIB Executive Director Iftekharuzzaman however, said in an interview that the survey was motivated but the motive was to strengthen the country’s democracy. While talking to the media, the Speaker of the Parliament also termed the report as flawed and a threat to the country’s democracy. Talking to reporters the Speaker blasted TI Bangladesh for publishing the report and said the survey was aimed at undermining the lawmakers and parliament.

The report also places a set of recommendations aimed at increasing the positive participation of MPs in the Parliament as well as restraining them from negative activities. 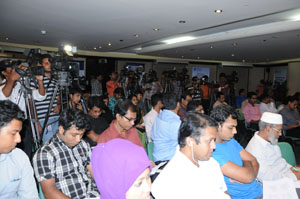 However, online surveys by daily newspapers show that people are supporting the report’s findings. In an online poll by the leading Bangla daily Prothom Alo shows 92.66% supported the findings while 6.67 replied in negative. The total number of votes was 3855.

A commentary published in the Daily Star says

“It is high time the prime minister and her government took the issue seriously. Even if the TIB message is only partially true, it is still big enough, serious enough and urgent enough to demand the immediate attention of the government, the ruling party and all those who support and wish them success. And the start can be made by not condemning the present messenger but by sincerely heeding the message. “

This report may result in fate similar to that prompted by TIB’s National Household Survey 2010, which saw unprecedented arrest warrants and three court cases.

Read the full report here: Positive and Negative Roles of the Members of the 9th Parliament: A Review

TI Maldives carried out a similar study in the past, read it here.