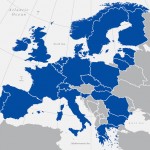 Good governance, accountability and rule of law are among the key hallmarks of a healthy society, and yet right across Europe, there is a deep sense of frustration that key national institutions and actors are not living up to the expected standards of integrity.

A recent EU-funded study, has found that almost four in five EU citizens identify corruption as being a major problem for their country, while TI’s own Global Corruption Barometer has shown almost equal numbers consider corruption getting worse in the past three years – the highest amount for any of the regions worldwide.

The notion of a clean Europe is a misnomer; and on the other end of these statistics are real people whose daily lives, incomes and rights are being affected by this blight.

The deterioration in governance, frequent political complacency and the growing sophistication in the nature of corruption, all require a serious and ongoing commitment to reform. Experience with more than a decade of anti-corruption efforts has shown that piecemeal and ad-hoc efforts are bound to fail. Instead, successful anti-corruption action must be based on at least two key ingredients:

To kick-start this process of change, in 2010-2013, TI is running an ambitious project to systematically analyse the anti-corruption systems of 26 European states, and advocate for sustainable and effective reform across the region.

Partly funded by the European Commission, this European National Integrity Systems Project (ENIS) is one of the largest initiatives ever undertaken by TI, and is set to provide the most comprehensive analysis of the state of governance in Europe to date. It is also due to create a series of national and international coalitions, pilot a range of innovative approaches, and help establish a baseline for the measuring of future progress and change.

At its core, the ENIS is based on the tried and tested National Integrity System methodology developed by TI. This approach considers the full eco-system of actors and institutions that contribute to transparency, integrity and accountability in a given country, and looks to ensure their involvement both in the process of analysis and reform. Included among the actors are both public and private sector bodies, law enforcement agencies, civil society, media, judiciary and other key ‘pillars’ of governance.

To initiate the project, over fifty coordinators and researchers from participating TI Chapters and partners descended on the TI Secretariat’s Berlin offices in January this year to discuss every aspect of the work to come –  methodology adjustment, advocacy opportunities, communication, financial management, challenges and risks.

The research – including field tests and interviews with both institutional and independent experts – is now in full swing. The majority of NIS reports are due towards the end of November, following a series of national stakeholder meetings.

Once complete, each of the 26 assessments will provide a powerful tool to make policy recommendations and drive for reform. This will be augmented by a series of more than 100 project events across Europe, as well as follow-up policy papers, and a regional report focusing on the cross-cutting risks and the potential for solutions. The new EU anti-corruption reporting and evaluation mechanism, as well as the UNCAC and GRECO review processes, can be also leveraged for these efforts.

The first of the NIS assessments – prepared by TI United Kingdom – was already launched on 15 June. Attracting great interest both within the UK and abroad, the study pinpointed a number of critical issues including the current dismantling of anti-corruption structures, an urgent need for inter-agency coordination, the spreading tentacles of organized crime, and the relative weakness of the legislative, executive and political party institutions. Accompanied by a sectoral analysis, a national opinion poll, and a set of policy recommendations, the study also identified sport and prisons as the two other areas of heightened corruption risk.

We are eagerly awaiting to see what the other ENIS studies will turn up. If you have any thoughts or ideas of what can be expected for your country, do share below!

For further examples of NIS assessments, see the recent Ukrainian report, or the last year’s studies on the Middle East. Notably the latter also included a report on Egypt, which foresaw a number of the issues that resulted in public anger and mass protests, culminating with the historical events of January this year.