More worrisome is that there could be a roll-back on measures adopted in 2011 to raise the bar on MEPs’ conduct. 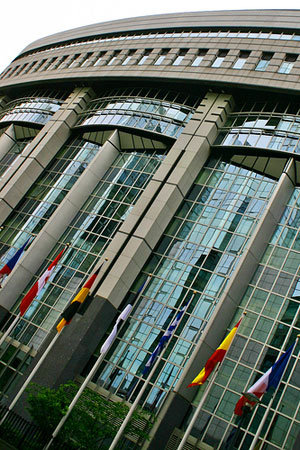 Days after the parliamentary scandal broke in 2011, the TI EU office in Brussels called on the European Parliament to introduce a new code of conduct, guidelines on the disclosure of financial interests and other transparency measures. These reforms included ensuring a “legislative footprint” to track the influence of external advice on amendments and legislation, safe channels to blow the whistle on violations, and rules on second jobs as well as gifts and hospitality. These TI recommendations were made available to the internal parliamentary working group that was set up.

By the summer of 2011, an early draft of the new code was already available but TI still saw a number of short-comings.  These included the Parliament’s reluctance to outlaw second jobs that create conflict of interests (which is still allowed to this day) and the lack of interest in a mandatory ‘legislative footprint’.  However, the final text helped to assuage some of these concerns. The speed at which the code was prepared and adopted is a testament to the personal efforts made by the then-President of the Parliament, Mr Jerzy Buzek.

Yet as the recent actions by MEPs show, the implementation of the code has been mixed.  During the first half of 2012, the European Parliament adopted measures for implementing the disclosure of gifts and trips which appears to be a step backwards in terms of transparency.  Bizarrely enough the decision also contradicts the recommendations made by the Parliament’s own advisory committee which was set up as part of the code of conduct. And in July 2012, Friends of the Earth Europe published a report analysing the declarations of financial interests of MEPs which makes for some grim reading about the incompleteness of these disclosures.

This is the sixth post in our series on codes of conduct.Previous posts include:

While media attention of these breakdowns has been limited to some specialised EU affairs publications (here, here, here and here), a number of MEPs have expressed outrage at the new disclosure rules on gifts and trips and are looking into ways to overturn the decision.  Before the summer break it was reported that the office of the President even has asked for another plan and may review the decision later in the year.

This is of course welcome but the credibility of the young code has already taken a first hit.  The EU-affairs newspaper the European Voice, a must-read in the Brussels-bubble, came out with a damning editorial and a call to the President of the Parliament, Mr Martin Schulz: “He must tell…a few plain political truths: the reputation of the Parliament is at stake and the next elections are only two years away. The bureau appears to be campaigning for a record low turn-out.”